Five easy tips to maximize mileage on your motorcycle


Natural resource like petrol is scarce and one way to conserve it is to avoid its wastage. Petrol prices are skyrocketing and every commute is getting costlier. While there’s not much you, the motorcyclist, can do to reduce petrol prices, you can certainly ensure that you’re able to save quite a bit by following five easy tips to maximize mileage. These steps will ensure that the impact of rising petrol prices is minimal on your finances and save the resource for the future.  Tip 1: Maintain the right tyre pressure When did you last check your motorcycle’s tyre pressure? Can’t remember? Well, you’re not alone. One of the biggest mistakes that most motorcycle owners make is running on the wrong tyre pressure, or say, running under-inflated tyres. Under-inflated tyres cause drag, and this makes the motorcycle’s engine work harder. A harder-working engine consumes more fuel, and this causes a big drop in fuel efficiency. Just running the right tyre pressure can boost mileage significantly, and this is a great starting step for everyone wanting the best mileage from their motorcycles. Recommended tyres pressure for TVS Apache 310 RR front tyre is 32ps and rear tyre is 32ps; for TVS Apache RTR series it is 25ps and 30ps, respectively. Fast fact: An underinflated tyre also has a high likelihood of attracting punctures.  Tip 2: Shut the bike off at traffic signals when you’re stationary for over 30 seconds Every motorcycle built by TVS Motors now has an electric starter, which makes starting very easy. What this also does is that it allows you to shut off your motorcycle’s engine at traffic stops. So, anytime you find yourself at a traffic stop that lasts over 30 seconds, shut that engine off. Doing this will not only help you save fuel but will also help save the environment. Fast fact: In 30 seconds, at an average speed of 40 Kph, you can cover nearly 0.66 kilometers. So, if you have traffic stops of 30 seconds each during your daily commute, you can save about 3.3 kilometers of petrol IF you turn off the engine. Makes sense, doesn’t it?  Tip 3: Don’t brake but coast to a traffic or pre-determined stop Make momentum work for you! In other words, whenever you know that you have a traffic stop coming up, you can simply choose to coast to a stop rather than applying brakes abruptly. Similarly, if you know that your destination is a few meters away, say about 50 meters or so, you can simply coast to a stop rather than coming in fast and then applying brakes.  Do this a few times in your commute, and you’d have saved enough fuel that can take you an extra 2-3 kilometers. Just think of how much fuel you can save over a month of regularly coasting to a stop. As they say, small things make a big difference, and this tip is one such thing.  Tip 4: Shift gears early, right in the torque band Sounds complicated? Well, let’s break this down and make it simple. Gears control the speed at which the motorcycle’s engine has to run to achieve a certain road speed. For instance, 1st gear is meant for speeds less than 15 Kmph, 2nd gear is meant for speeds less than 20 Kph and so on. Now, talking about gear shifting for best mileage, you should be in the 1st gear until say 10 Kph and then shift to 2nd gear, and stay in that gear till say 25 Kph, and shift to 3rd gear until 35 Kph and shift to 4th gear till about 45-50 Kph and then shift to 5th gear. For motorcycles equipped with a sixth gear, shifting to 6th gear at a speed of 70 Kph is optimal. Practicing this gear shift sequence will ensure that your motorcycle’s engine spins in the most efficient part of its rev range, which is also called the torque band. And this is key to the best mileage your bike can deliver while also ensuring that there’s no additional load (read lugging or knocking) on critical parts of the engine.  Tip 5:  Maintain constant speeds Maintaining an ideal cruising speed means two things: The engine spins at its most efficient speed, and there are no unnecessary gear changes.  Let’s say that your commute involves riding on the highway for about 10 kilometers, and you’re riding the top-of-the-line TVS Apache RR310. On such a performance motorcycle, you’ll be hard-pressed to keep the speed low, but if you want the best mileage, it’s imperative that you stick to a cruising speed of about 80 Kph in top-gear (in this case, the 6th gear). Doing this for the entire 10-kilometer stretch will make your bike’s engine run in its most efficient rev range, automatically translating into great mileage. And for the Apache 160 or 180 or 200, maintaining a speed of about 60-70 Kph in top gear is an ideal cruising speed. What are you waiting for? Go out, ride your TVS Motorcycle, and follow these tips religiously. With practice, you’ll be able to save a lot of money in fuel savings. 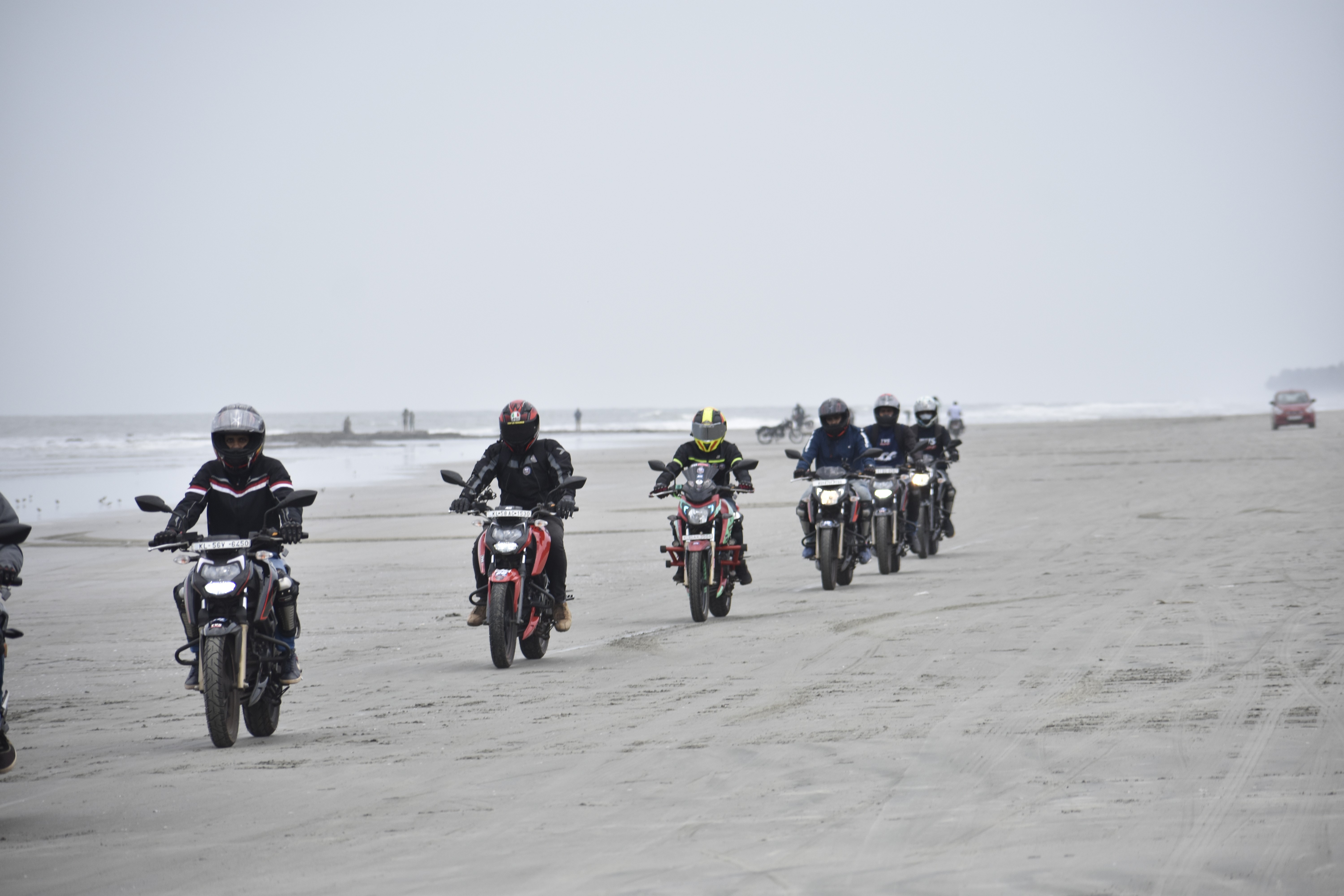