Highway riding typically involves higher speeds which reduce the time available to react to a given situation. While keeping speeds in check is the easiest way to boost safety, there are a lot of other things you need to know about before heading out for a highway trip. Here are a few tips that will maximize safety. Unmarked speed breakers A menace on Indian highways, they can easily throw a motorcyclist off balance. And in many cases, unmarked speed breakers cause serious accidents and damage vehicles. Always keep and out for unmarked speed breakers. The best way to handle such unmarked speed breakers is to stay alert, slow down quickly using engine braking or regular brakes, 80 percent front brake and 20 percent rear brake and finally, maintain a sane cruising speed that allows you to slow down in time. Scan underside of parked vehicles Often highways have stationary vehicles by the side of the road, some even stopping to drop passengers. Scan these parked vehicles' underside to spot feet and slow down. A slower motorcycle will give you more time to react. Stick to speed limits The temptation to ride hard and fast on well surfaced roads is quite high, especially if you’re on a high performance TVS Motorcycle that just loves to be revved hard. However, Indian highways can be full of surprises; vehicles suddenly deciding to take U Turns to the stray cow or dog. Ride within the speed limit to have enough time to react to such oddities. Take frequent breaks, & sleep well before a long ride Long hours on the highway induces fatigue, and fatigue causes mistakes. One way to minimize physical fatigue and keep the mind fresh is to take frequent breaks and have adequate sleep before a long ride. Avoid night riding Motorcycles are not very visible during the night on Indian highways, especially in inclement weather. It’s always a good practice to hang your riding boots just before dusk sets in. Ride at night on the highways only if you absolutely must. Ensure that you wear reflective clothing while riding at night. All the gear all the time Wear as much safety gear as possible to protect yourself in the event of a crash this is particularly important while riding on highways. The bare minimum safety gear for any motorized two wheeler is a crash helmet, which will protect the brain from the impact sustained during a crash. Apart from a helmet, protective riding gloves, a riding jacket with armor, knee and elbow guards or riding pants are good to have. Top it off with riding boots. If others can see you, you’re generally a lot safer! Becoming visible typically includes wearing bright coloured clothing and safety accessories, preferably with enough reflective tape. This will ensure that you’re visible from far away, to say, a trucker or a bus driver. Maintain headlamps, tail lamps and indicators in top condition. Since highways are populated mainly by heavy commercial vehicles with long, traffic free stretches, distracted drivers are a dime a dozen. Such conditions can potentially make a motorcyclist invisible. And not being visible means the chances of being run over or hit by a bigger vehicle increase exponentially. Stay visible, Stay safe! 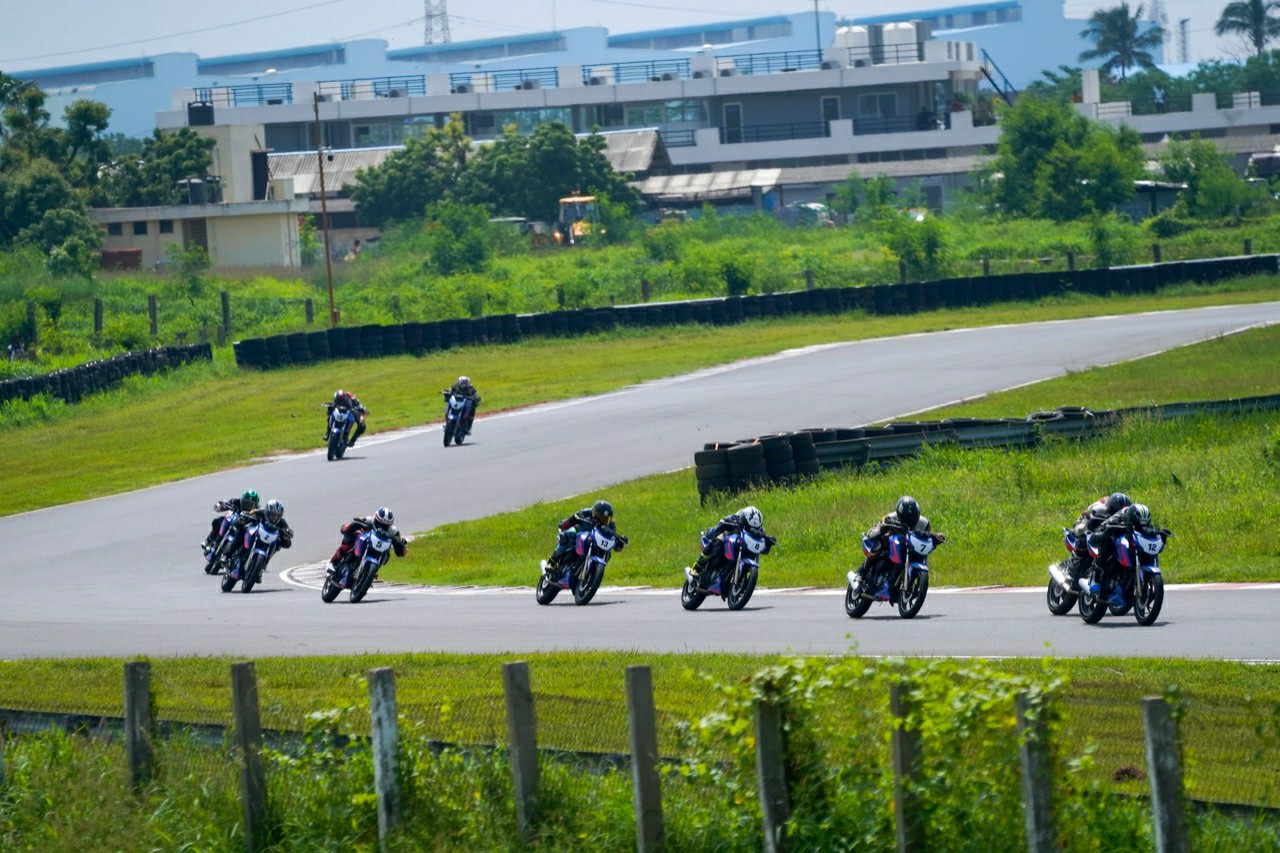