The '5-Second Rule’, and Why it is So Important


Many road accidents are caused by the lack of time and distance for the vehicle’s brakes to stop the vehicle on time. If you’re too close to the vehicle ahead of you, you cannot brake on time, which usually results in a nasty, rear-ending. And in many cases, such rear-ending accidents lead to injuries or even death. A damaged motorcycle is guaranteed if you happen to get into one such crash. However, not getting into such a crash is very simple. You just need to religiously follow the highly effective 5-second rule - a rule that will help you avoid rear-ending a vehicle. So, what is the 5-second rule? The rule refers to maintaining a 5-second gap between your vehicle and the vehicle ahead of you while cruising on the highway. This rule is very easy to follow. Take a fixed object such as a lamppost, a tree or even a signboard on the road for reference, and count the seconds after the vehicle in front of you crosses it. If your vehicle crosses the same object 5 seconds after the vehicle in front has passed the same object, you are maintaining a safe gap. If not, you need to slow down and ensure a 5-second gap between your vehicle and the vehicle ahead of you. If you’re riding on wet roads, you need to give yourself an additional second or two as braking times and distances are significantly longer in the wet. Also, remember to use both brakes while braking in the wet. This 5-second rule is also a reminder to purchase an ABS-equipped motorcycle if you already don’t have one. TVS Motors offers its entire Apache line-up with dual-channel ABS as standard. The ABS offered on TVS Apaches also gets rear wheel lift off protection, which is an added safety layer. ABS will ensure that you don't go into a skid while braking hard. Also, ABS helps reduce braking distance greatly in the wet. However, remember that having ABS in your vehicle isn’t a license for you not to follow the 5-second rule. ABS is a safety booster, not a safety guarantee. Another thing to remember is the fact that heavier vehicles take longer to stop. If you are on a highway riding with many heavier vehicles following you, make sure that you brake gradually wherever possible to give the heavier vehicle’s driver enough time to come to a safe stop behind you. This is another factor a lot of people overlook, often with disastrous consequences. As a motorcyclist, practicing defensive riding techniques is imperative for a long and safe riding career. 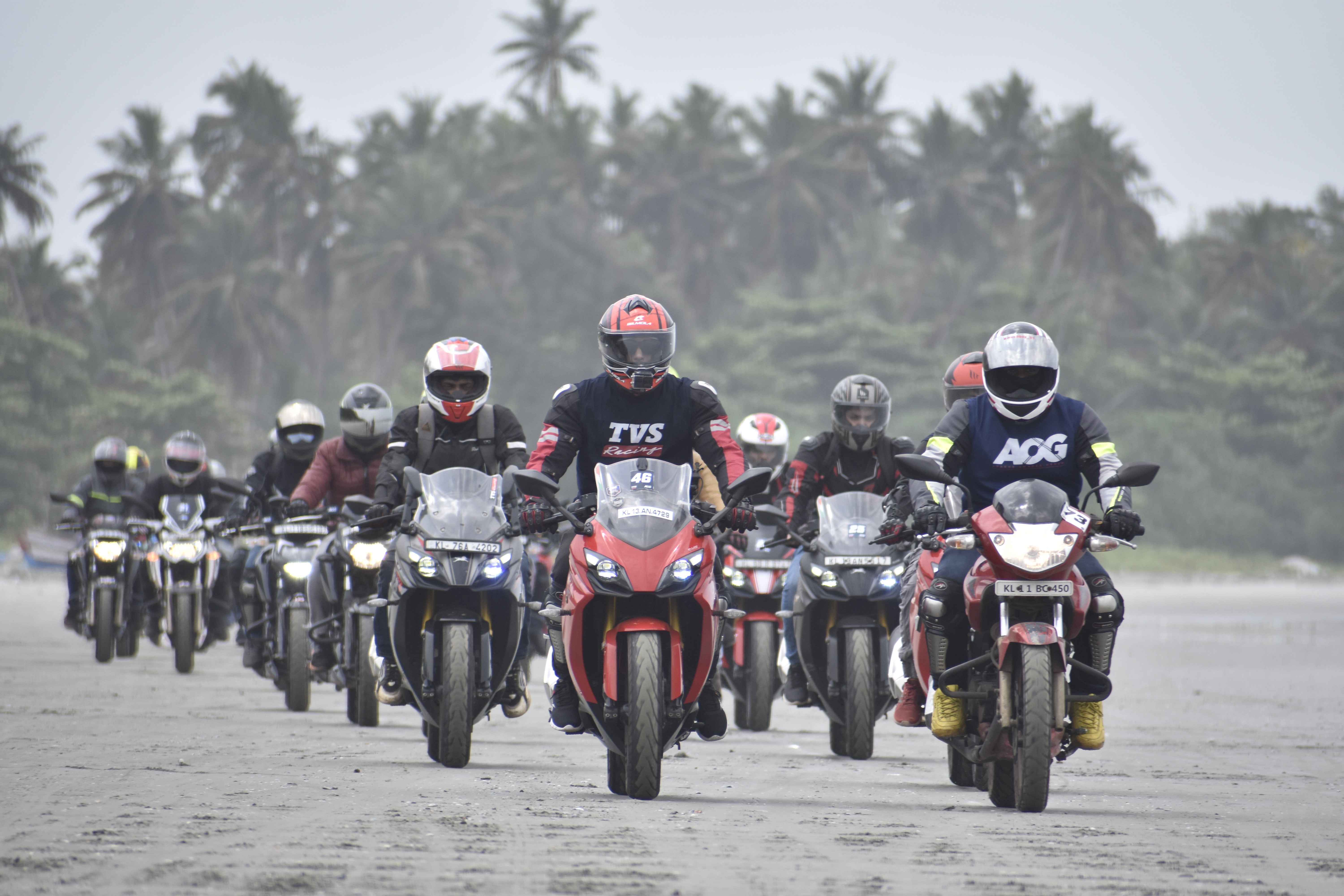