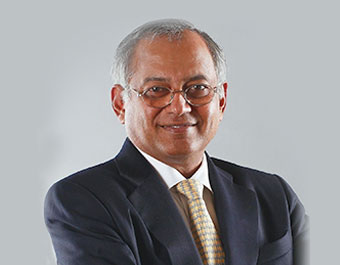 Hard work, persistence and self-belief maketh the man Venu Srinivasan. With the success of TVS, he has shown the nation how an Indian company can grow to be a company of global quality and recognition and manufacture products that can match or even exceed the best in the world by adopting the right work ethos and successful work culture.

Despite being the grandson of the TVS founder T.V.Sundaram Iyengar, Venu Srinivasan began his career as a mechanic in his own garage during vacations and put in long, gruelling hours of preparation for his task ahead. In 1979 Venu Srinivasan an engineer and an MBA from Purdue University (USA) took over as the CEO of Sundaram-Clayton. The same year TVS Motor Company was born, and under Venu Srinivasan's persistent and diligent work grew to be the third largest two-wheeler manufacturing unit in India.

A perfectionist and a visionary, Venu Srinivasan pioneered the TQM (Total Quality Management) concept based on the Japanese model, long before most enterprises in India did. His obsession with excellence and quality bore rich dividends with Sundaram Clayton and TVS Motor Company winning the global quality benchmark - the Deming Application Prize in 2002. Soon more awards and honors followed. 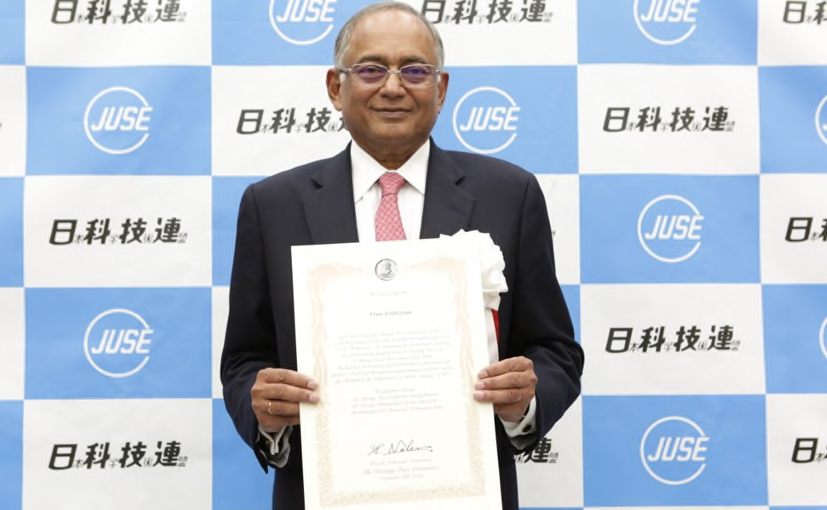 Mr. Venu Srinivasan, Chairman of TVS Motor Company and Sundaram Clayton, was conferred with the prestigious Deming ‘Distinguished Service Award For Dissemination and Promotion Overseas’, at a ceremony held in Tokyo, today. Mr. Venu Srinivasan becomes the First Industrialist from India to be bestowed this prestigious award for his contributions in the field of Total Quality Management (TQM).

The Deming Prize is the highest award for TQM in the world. Deming ‘Distinguished Service Award for Dissemination and Promotion Overseas’ is given to individuals who have made outstanding contributions in the dissemination and promotion of Total Quality Management (TQM) and is sponsored by Japanese Union of Scientists and Engineers (JUSE). Candidates of this award require recommendation from the members of the Deming Prize Committee, and whose primary activities must be limited to outside Japan.

Mr. Venu Srinivasan, Chairman of the TVS Motor Company, has been conferred with the Padma Shri award.

Mr. Venu Srinivasan, Honorary Consul General of the Republic of Korea, Chennai and Chairman, TVS Motor Company was today felicitated by the President of the Republic of Korea, His Excellency Lee Myung-Bak with a distinguished civilian honour 'Order of Diplomatic Service Merit' in recognition of his valuable contribution in promoting Korea-India bilateral relations. This award is conferred for meritorious service to the extension of national prestige overseas and to the promotion of friendship with other nations.

Sweet is the taste of success, especially when it is hard won. The Deming Application Prize won by TVS in the year 2001 stands testimony to what a persistent and robust leader can do to a company. By upgrading the plant, investing in new technology and implementing stringent quality programs and under the able leadership of Venu Srinivasan the company came into its own. The new Victor motorcycle took off in late 2001 and just a year after TVS started manufacturing on its own- the company won the Deming Prize, the coveted international award for quality management, crowning a decade-long effort to achieve quality, independence, and manufacturing excellence.

Describing Venu Srinivasan’s role in shaping TVS into a world-class company as a “Saga of Persistence”, Business Week chose him as the "Star of Asia” in 2003. “For more than a decade, Srinivasan worked hard to revive his company, which manufactured motorcycles and scooters in a joint venture with Suzuki Motor Corporation after a strike nearly disrupted it. By 2001, TVS Motor Company had become strong enough to split from Suzuki on favorable terms and start manufacturing on its own,” the publication noted.

A visibly happy Venu Srinivasan responded “I am proud that an Indian Company today is winning laurels amidst competition in the same segment from International business houses. It speaks volumes of our diligent and dedicated work force at TVS Motor Company who have worked hard even under trying circumstances to keep the company in the forefront of our business.” Indeed TVS was the only Indian manufacturer eligible for this special distinction in the Stars of Asia 2002 along with stalwarts like Toyota Motor Corporation- President, Fujio Cho.

Doctorate from University of Warwick, U.K

University of Warwick, Coventry, Warwickshire honored Venu Srinivasan with a Doctorate Degree in Science in recognition for his excellence in manufacturing and contribution in the field of Technology and Research & Development. The honor comes in recognition of the pivotal role played by Venu Srinivasan in elevating the TVS Motor Company to the position of a leading manufacturer of two-wheelers in the world and making it on par with global two-wheeler giants. This he achieved by adopting a work culture that matches the best in the world and by carrying out his vision through persistence, hard work, and self-belief.